Sozopol - is one of the most romantic towns on the Black Sea. It is located about 30 km from Bourgas. For years it has been a favourite holiday destination of tourists. It is considered to be the cultural capital of the Bulgarian coast.

It spreads over two peninsulas and is divided into Old and New Sozopol.
Old Sozopol delights with its wooden and stone architecture, folk styled taverns, cafes and the seaside promenade. The city is cut through by a thicket of cobbled streets, and most of the houses are historical buildings.
New Sozopol is a lively and musical part of the town with hotels, pensions, cosy restaurants and cafes, and discos. Wide sandy beaches gently descending to the sea ensure active and successful rest. The beach is divided into the North beach (located by the old town) and South beach (in the new part of the town), so despite the crowd of tourists, there is usually somewhere to put your beach equipment.

It is here that painters, photographers and all those who love special places with a unique charm rest. The reason why Sozopol is a special place is that besides the typical tourist attractions, you can enjoy here the ancient atmosphere from the time of the Thracians, Greeks, Romans and Byzantines.

The history of this city dates back to the 6th century BC. It was founded on the site of a Thracian settlement by displaced people who came here from Miletus - the wealthy centre of Ionia in Asia Minor. The ancient city flourished in the past primarily as a trading and port centre, as evidenced by the city's coat of arms - the anchor. In the 5th century BC, the ancient Greek sculptor Kalalis carved a 13 metre high statue of Apollo. The gravestone plaque (a work of the Apolline school) of Deonis, son of Anaxander, became world famous. In 72 BC the city was conquered, robbed and burned by the legions of Marcus Lucullus. Then the statue of Apollo was taken to Rome as a war trophy and placed on the Capitol. In the 4th century BC the city changed its name from Apollonia to Sozopol- which means "city of rescue (salvation)". In 811 AD the Bulgarian Khan Krum annexed Sozopol to the territory of the first Bulgarian Empire. The city was situated on the border between Bulgaria and Byzantium, being favorably influenced by both cultures. In the second half of the 18th and in the 19th century, during the era of the Bulgarian Renaissance, Sozopol returned to its former glory as the cultural centre of Bulgaria. The Church of St. Mother of God, the Church of St. George the Victorious and the Chapel of St. Zosim have been preserved from this period and the famous houses of Sozopol - architectural monuments have been inscribed on the UNESCO world list of monuments. 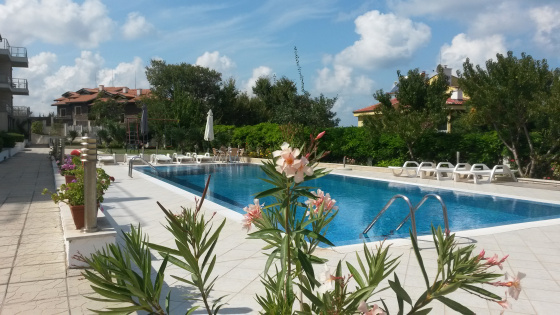 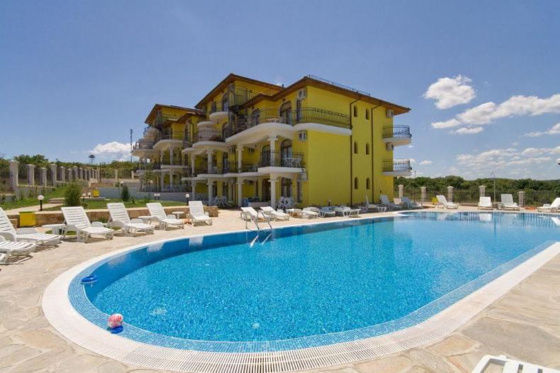 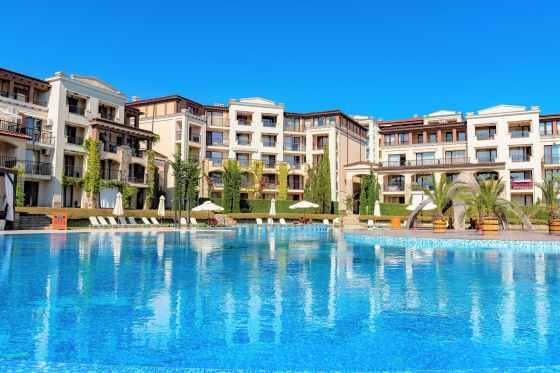 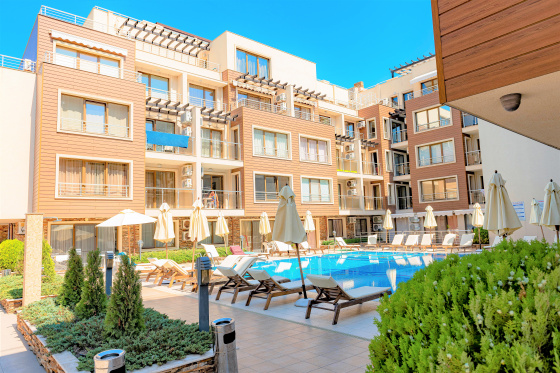 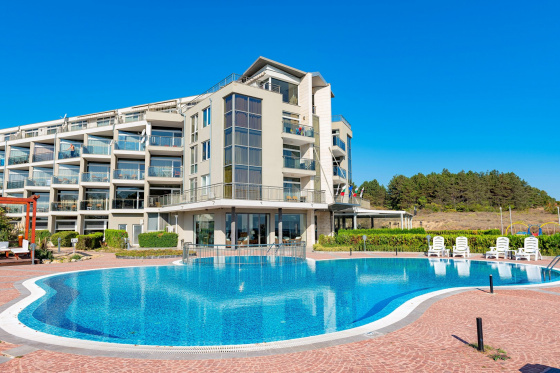 The exclusive South Pearl complex is the perfect place for the whole family and people who are looking for a combination of peace and quiet with a high standard. A few steps to one of the most beautiful beaches in all of Bulgaria!
200m
distance from the beach
1
number of pools
100m
distance from the parking
0m
distance from restaurant
1500m
distance from the supermarket
from 25€/ day
SEE 8 APARTMENTS
This site uses cookies to provide services at the highest level. If you do not agree to store cookies on your device, adjust your browser settings.
OK